I work in the fields of neurotechnology, neuroscience, digital health, data science, and innovation policy, and I’m a co-founder and scientist with a neurotechnology startup. Prior to this, I was lucky to work with a fantastic team of scientists, engineers, and creators as Chief Scientist and VP of Regulatory Affairs at Interaxon, who make the world’s bestselling electroencephalography platform, Muse. Before that, I was Chief Scientist with Meta (now Chan-Zuckerberg Meta), and I served as Managing Editor of Frontiers in Neuroscience as it grew to become the largest open access scholarly journal series in the field of neuroscience. I’ve also done industry-based neurophysiology research and product development at the Centre national de la recherche scientifique (CNRS) at Université Aix-Marseille in partnership with cochlear implant maker Oticon Medical (formerly Neurelec), where I completed a PhD under the direction of Catherine Liégeois-Chauvel and Christine Assaiante. At McMaster University in Hamilton, I did an MSc in the department of Psychology, Neuroscience & Behaviour (on auditory cortical plasticity in tinnitus) under Laurel Trainor and Larry Roberts, an HBSc in physics (with a senior project on cosmic ray background in low level radiation counting, supervised by Fiona McNeill), and I learned statistical methods from Patrick Bennett. I’m a graduate of Chippewa Secondary School where my science and math teachers were (among others) John Mitchell, Dave Chamberlain, Al Garrett, Jim O’Connor, Sandy Peden, Bud McMartin and Pat Kilroy.

I’m a Senior Fellow at the Munk School of Public Policy (at the University of Toronto), a member of the board of the Ontario Centre of Innovation, and an advisor to the OECD’s neurotechnology policy initiative. I also sit on the NSERC Discovery Grants committee on Biological Systems and Functions for the 2019-2021 term.

All thoughts and writings presented here are my own and do not represent the Munk School of Public Policy, the University of Toronto, Ontario Centre of Innovation or other organizations with which I’m affiliated. 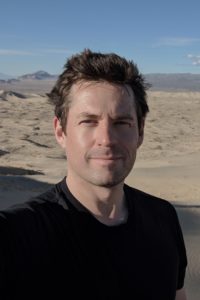